Home About Us News

The price of ship fuel was flirting with a new record even before Russia invaded Ukraine. Then war broke out, and the highs of the past were left far behind. Ship fuel costs have “gone parabolic,” said Braemar ACM Shipbroking.

To the extent the fuel cost increase is passed along to the shippers of containerized goods and bulk commodities such as oil and grain, it will add to inflation. To the extent it’s not passed on, it will lower shipping’s bottom line. 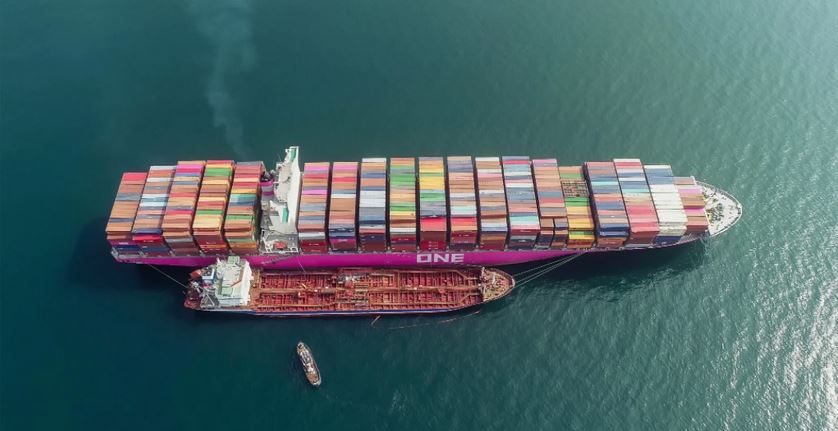 Ships consumed high sulfur fuel oil (HSFO) until the IMO 2020 environmental regulations went into force two years ago. Since Jan. 1, 2020, ships have been required to burn more expensive fuel with 0.5% sulfur content known as very low sulfur fuel oil (VLSFO). Ships equipped with exhaust-gas scrubbers can continue to burn HSFO, which has a sulfur content of 3.5%.

According to reports, the average price of VLSFO at the world’s top 20 bunkering ports reached $882.50 per ton on Thursday, up 73% year on year. In Fujairah, United Arab Emirates, one of the world’s largest bunker (ship fuel) hubs, the price of VLSFO rose to $922.50 per ton. These price levels are unprecedented.

The average price of VLSFO at the top 20 ports has shot up by almost $130 per ton since Russian forces entered Ukraine.

The Q2 2022 BAFs already announced by carriers show continued increases, and these hikes may be supplemented by emergency surcharges.

The only solace for cargo shippers is that the incremental fuel cost pales in comparison to the increase in base freight rates, over 25 times as much as BAFs have risen in the same period.

It’s not just the price of marine bunkers that’s rising: The spread between VLSFO and HSFO is also increasing, a particularly important development for tanker and dry bulk trades. On spot voyage deals, owners pay for fuel. Some ships have scrubbers and burn cheaper HSFO; the majority don’t and must use VLSFO.

As of Thursday, the average price of VLSFO at the top 20 ports at a $234-per-ton premium to HSFO. The last time the gap was that wide was in early 2020, during the IMO 2020 fuel transition.

The wider the spread, the greater the benefit to owners of ships with scrubbers.

The most extreme example, on paper, is in the tanker sector. A pre-2011 built very large crude carrier (VLCC; a tanker that carries 2 million barrels of crude) without a scrubber (i.e., burning VLSFO) earned the equivalent of $11,500 per day in the spot market on Friday. A pre-2011-built VLCC with a scrubber, burning cheaper HSFO, was saving $12,600 per day, meaning it was earning $24,100 per day, more than twice the earnings of a non-scrubber VLCC.

The all-in cash break-even rate (including financing costs) for such a ship to be $25,000 per day, meaning the scrubber-equipped VLCC is close to breaking even, whereas the non-scrubber VLCC is effectively losing $13,500 per day.

As of Thursday, the rate for non-scrubber Capes at $8,842 per day, while Capes with scrubbers saved $8,202 per day in fuel, bringing earnings to $17,635 per day, almost twice as much as non-scrubber Capes. The all-in cash break-even rate for 5-year-old Capes at $16,000 per day, implying that scrubber-equipped Capes are in the black, non-scrubber Capes deep in the red. The last time the Cape T4 index showed this high a spread was in January 2020.

Advantages for some public companies

Seven U.S.-listed shipping companies were assessed in terms of two factors: their estimated 2022 spot exposure and the share of their capacity that’s scrubber equipped. On one end of the spectrum are Star Bulk (NASDAQ: SBLK), Eagle Bulk (NASDAQ: EGLE) and Scorpio Tankers (NYSE: STNG), which are almost entirely spot-exposed and have scrubber coverage of 97%, 90% and 76%, respectively.